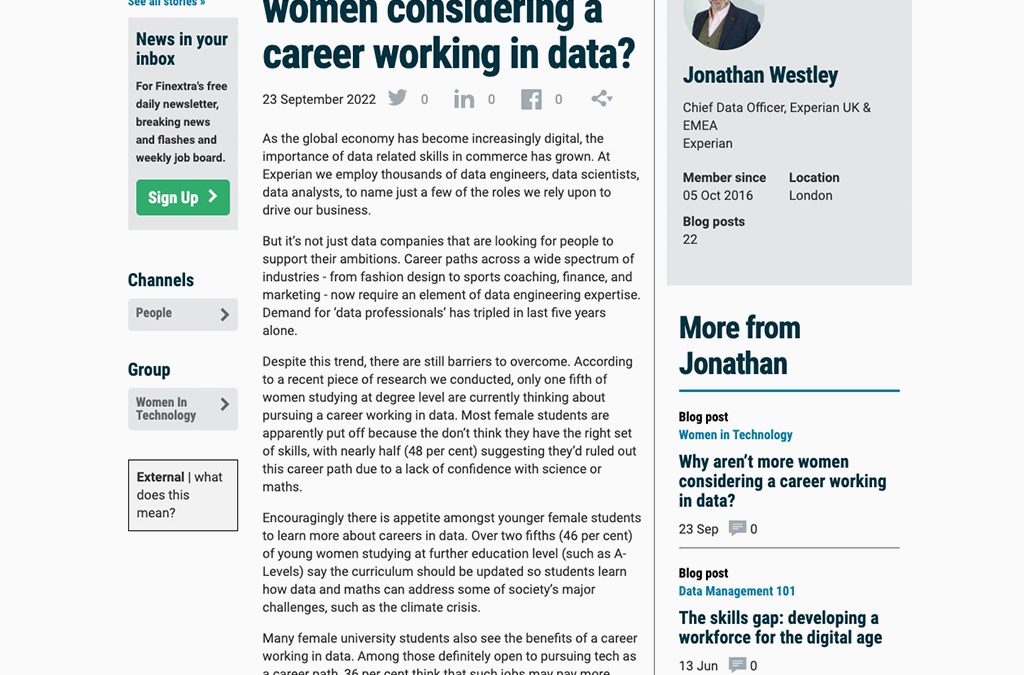 Finextra have featured an article on Digdata’s partnership with Experian titled, Why aren’t more women considering a career working in data?

As the global economy has become increasingly digital, the importance of data related skills in commerce has grown. At Experian we employ thousands of data engineers, data scientists, data analysts, to name just a few of the roles we rely upon to drive our business.

But it’s not just data companies that are looking for people to support their ambitions. Career paths across a wide spectrum of industries – from fashion design to sports coaching, finance, and marketing – now require an element of data engineering expertise. Demand for ‘data professionals’ has tripled in last five years alone.

Despite this trend, there are still barriers to overcome. According to a recent piece of research we conducted, only one fifth of women studying at degree level are currently thinking about pursuing a career working in data. Most female students are apparently put off because the don’t think they have the right set of skills, with nearly half (48 per cent) suggesting they’d ruled out this career path due to a lack of confidence with science or maths.

Encouragingly there is appetite amongst younger female students to learn more about careers in data. Over two fifths (46 per cent) of young women studying at further education level (such as A-Levels) say the curriculum should be updated so students learn how data and maths can address some of society’s major challenges, such as the climate crisis. 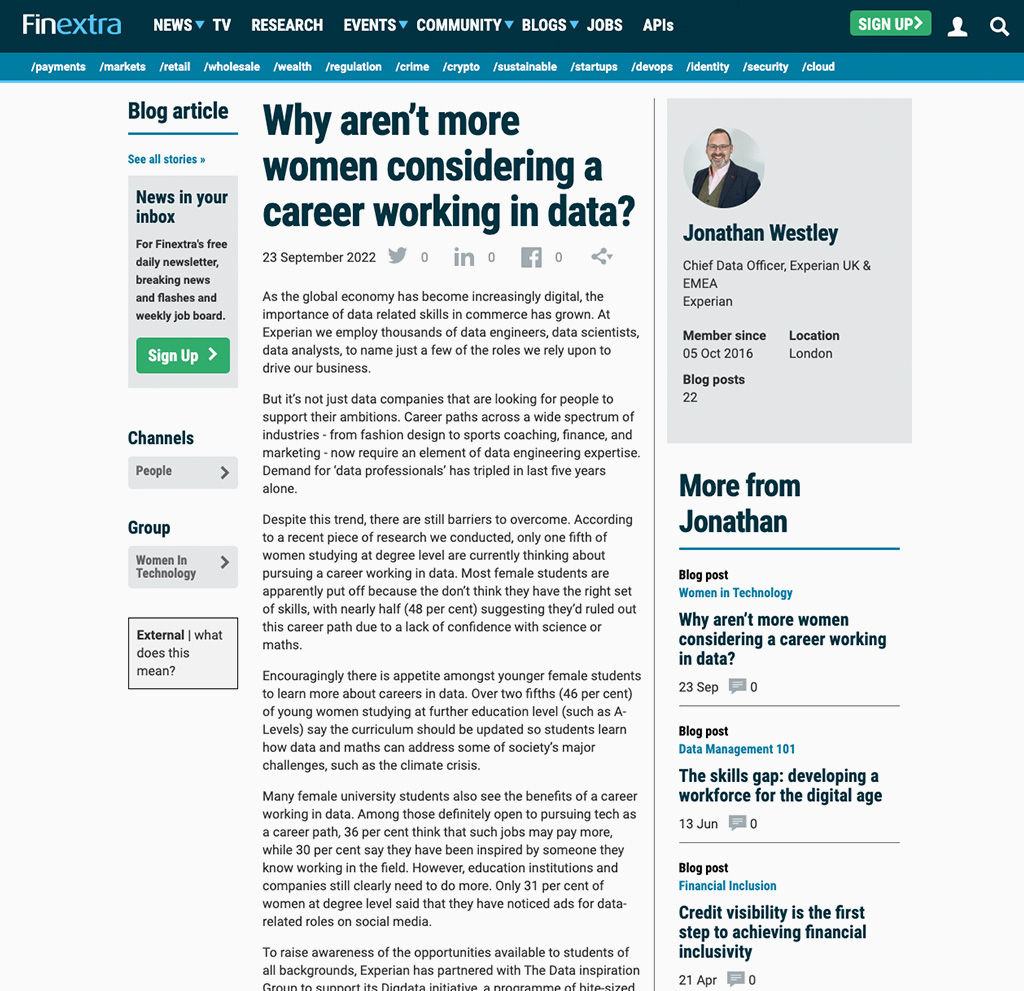 Why aren’t more women considering a career working in data?